The Sri Sathya Sai Institute of Higher Learning was founded by Sri Sathya Sai Baba. Millions across the globe consider him God. His miraculous powers of healing and creating talismans is widely known. His projects for welfare of poor and humanity is acclaimed world over.

There is one dimension of my Master, which is mostly less known. The role he played for his Students. Why did he establish an educational institution and what did he expect from His students? How did he inspire, motivate and urge His students? One may look at the Vision of the University, or even listen to the numerous discourses given by Him on various occasions. However, reading the letters he personally penned for the students is probably the closest to knowing His Heart, His love, His passion, His deepest aspirations for His students. He was more than a chancellor.

He inspired both personal transformation and Nation building with unmatched fervour. In a series of blogs, I wish to share a few of such letters from a published book – Prema Dhara (flow of nectarine love). Please read it from the perspective of how a leader cultures and inspires youth to mould their character. Forget or you may even ignore that he is God or any divine personality. Make your opinion based on the content of these letters. 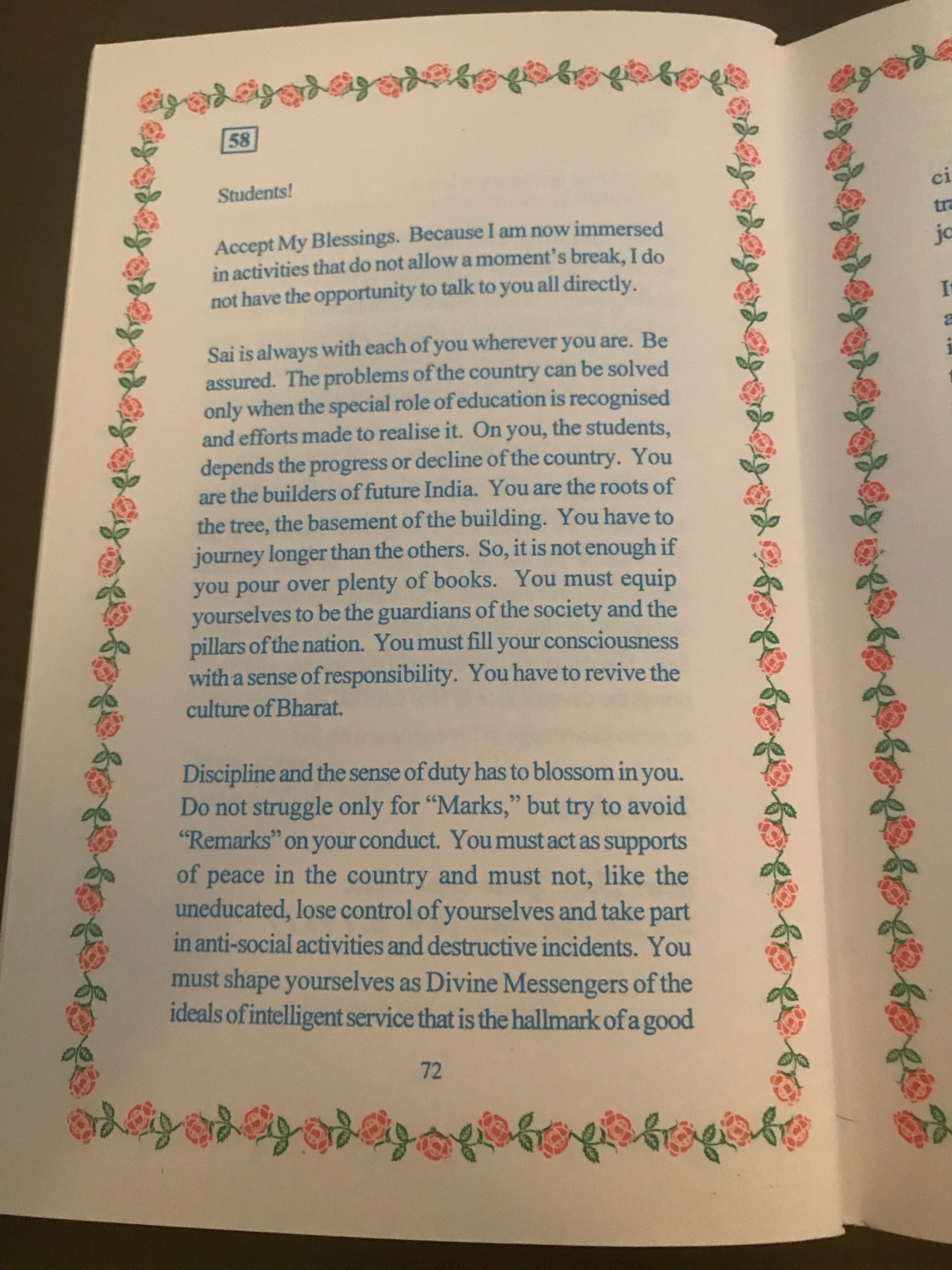 Read it as a conversation between a mentor and mentee, between guide and seeker, between master and disciple and between two friends.

Would love to hear what you think of this. Please share your responses in the comments section below.